UAE national airline Etihad Airways has pledged to reduce its CO2 emissions to 50% of 2019 levels by 2035 and achieve full net zero emissions by 2050, which it claims is a first for a Gulf airline and the first in the industry to set a mid-point target towards carbon neutrality. In initial steps towards the goal, Etihad has committed to neutralise the CO2 emissions of its flagship ‘Greenliner’ 787-10 aircraft for a full year of operations in 2021. Separately, the airline will implement an additional voluntary offset programme for passengers via its website booking platform in 2021. Etihad recently launched the first ever aviation ‘transition sukuk’, a form of Islamic sustainability-linked finance, raising $600 million that will support investment in next-generation aircraft and tied to performance in reaching the airline’s carbon reduction targets. In other Gulf news, Emirates has used sustainable aviation fuel (SAF) for the first time to power an A380 delivery flight.

Abu Dhabi-based Etihad has partnered with Respira for its Greenliner carbon offset programme and will initially purchase 80,000 tonnes of CO2 offsets in a Tanzanian forestry project. The Makame Savannah REDD project, developed by Carbon Tanzania, employs a community-based model to curb deforestation and promote better management of local natural resources across over 100,000 hectares in the southern extension of the Tarangire-Manyara ecosystem.

The scheme is verified and certified by Verra under its Verified Carbon Standard to ensure the carbon offsets are quantifiable, additional and fully sustainable. The scheme’s first offset vintages were certified in early November 2020. The Tanzanian project also conforms to Climate, Community and Biodiversity (CCB) Standards, which protect endangered species and local communities.

“Respira offers a fresh approach to the carbon market by aligning the interests of project developers, buyers and capital providers,” said Ana Haurie, CEO of Respira. “In this way, we create win-win outcomes for all stakeholders. It is a privilege to work with Etihad, which has shown real commitment to its sustainability goals through what is a challenging period for the airline industry.”

To support Etihad and Abu Dhabi’s long-term sustainability objectives, Respira will establish operations at the Abu Dhabi Global Market, the emirate’s international financial centre, in order to bring its offset expertise to the Middle East, said the company.

Commented Tony Douglas, Etihad Aviation Group CEO: “It’s encouraging to end a difficult year with such a positive move for the sustainable future of aviation. While the year brought many challenges, sustainability has remained at the top of our agenda, and the work hasn’t stopped. Expect to see more ground-breaking initiatives in 2021.”

Added Dr Alejandro Rios-Galvan, Chairman of the Sustainable Bioenergy Research Consortium (SBRC) at Khalifa University of Science and Technology, who advises the airline on a range of sustainability issues: “This is a great start for Etihad’s zero-carbon journey using a well-respected offset standard that is fully compliant with the best sustainability practices out there. We look forward to continue supporting Etihad on their long-term sustainability strategy.”

The airline said the Greenliner offset programme would complement its ongoing work to develop and test SAFs, with a goal of making them commercially viable for widespread adoption by the industry.

Etihad recently raised $600 million in the world’s first ‘transition sukuk’, a financial instrument enabling organisations to raise funds from investors in accordance with Islamic finance principles. Transition finance supports companies to make progress towards commitments to cut carbon in line with the goals of the Paris climate agreement. The proceeds will be used by the airline for energy-efficient aircraft and research and development into SAF.

According to HSBC, which acted with Standard Chartered Bank as joint global coordinators and joint sustainability structuring agents on the deal, the sukuk also includes a commitment from the airline to pay a penalty in the form of carbon offsets if it fails to meet its short-term target to reduce the carbon intensity of its passenger fleet. Etihad has pledged to reduce its passenger fleet’s emissions intensity by 20% by 2025 from a 2017 baseline.

“Many industries, including airlines, need to undertake complex and gradual transformations to reduce their carbon emissions – and the financial sector has a responsibility to help them,” explained Ali Taufeeq, Director, Middle East Debt Capital Markets, HSBC. “The transition sukuk issuance by Etihad was a natural step in this direction and we are pleased to assist them in accelerating investment in more environmentally-friendly solutions.”

The bank said it is expecting the sustainable finance market to gain further traction over the next few years as more issuers look to source capital more sustainably. It has set up a dedicated environmental, social and governance (ESG) Solutions Unit with an ambition to provide between $750 billion and $1 trillion in sustainable financing and investment by 2030. Transition finance is any form of financial support that helps high-carbon companies start to implement long-term changes to become greener, says HSBC, and bridges the gap between traditional and sustainable financing as businesses begin the journey to net zero.

The Etihad transition sukuk follows the first aviation financing linked to the UN Sustainable Development Goals it raised in December 2019.

“We are watching developments in sustainable aviation fuel very closely and we look forward to a time when it can be produced at scale and in a cost competitive manner. Our latest A380 delivery flight was partially powered by SAF and this is a positive step towards reducing our overall emissions,” he commented.

The SAF for the delivery flight was produced in Finland by Neste from used cooking oil. Emirates said it continued to support a number of SAF initiatives and is part of the Steering Committee of the Clean Skies for Tomorrow Coalition, established by the World Economic Forum to promote the development of SAF. Along with Etihad, it recently supported a series of webinars (Sustainable Aviation Fuels Initiative for the United Arab Emirates) on the future of SAF in the UAE hosted by Khalifa University. A third of Emirates’ crew transportation buses in Dubai currently are powered by biofuels, with one of its contractors, Al Wegdaniyah, adopting biofuel supplied by Neutral Fuels. 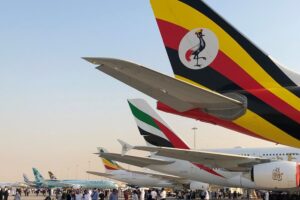 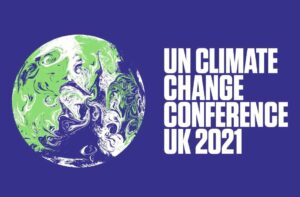 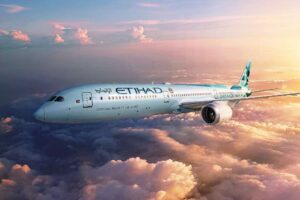 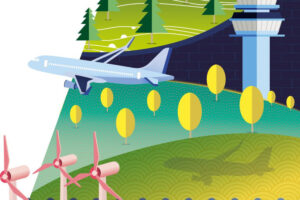