Japan’s two major airlines, All Nippon Airways (ANA) and Japan Airlines (JAL), each operated domestic commercial flights from Tokyo Haneda Airport on June 17 using sustainable aviation fuel produced in the country. The JAL flight, from Haneda to Sapporo used two different types of SAF in the jet fuel blend, one sourced from wood chips and the other from microalgae, while ANA used just microalgae in the fuel for its flight to Osaka Itami. The ASTM-certified SAF batches were produced under a project led by the New Energy and Industrial Technology Development Organization (NEDO), the Japanese national research and development agency. The JAL flight was the first in the world to use SAF derived from gasified wood chips synthesised into aviation fuel. It was produced in a Velocys Fischer-Tropsch (FT) reactor from the hydrogen and carbon gases generated by the gasification of the wood chips at a demonstration plant in Nagoya. A separate project between NEDO and IHI produced SAF for both flights from Hyper-Growth Botryococcus Braunii microalgae.

The fuels were produced under a project that ran from 2017 to 2020 with the aim of establishing technologies to produce inexpensive and reliable local commercial supplies of SAF by around 2030 to reduce aviation CO2 emissions. The NEDO project was tasked with finding ways to inexpensively collect algae with mass-culture technology and developing technology that stabilises the characteristics of gas for the gasification of wood chips.

The SAF derived from wood chips was produced under a collaboration by Toyo Engineering, Mitsubishi Power, JERA and Japan Aerospace Exploration Agency (JAXA). The demo plant (see diagram below) was constructed on the premises of JERA’s Shin-Nagoya Thermal Power Station, which was also responsible for raw material procurement, with the technology supplied by Mitsubishi Power and Toyo Engineering, and JAXA evaluating and testing the jet fuel’s combustion characteristics. UK-based Velocys secured an agreement with Toyo in September 2019 to supply its FT technology, equipment and catalyst for the demo facility. It also agreed to grant an exclusive right for Toyo to secure and use the licence and technical services of its technology for a future commercial plant in Japan.

The facility, according to Velocys, produced 2,366 litres of neat aviation fuel blendstock that was tested to ensure it met the required ASTM D7566 Annex 1 international standard.

JAL carried out Asia’s first biofuel test flight in January 2009, using SAF made from the non-edible crop camelina. Since then, it has flown two flights from the United States to Tokyo using SAF in 2017 and 2019, and from June 2019 five delivery flights of new A350 aircraft from the Airbus plant in Toulouse have used SAF. In 2018, JAL launched a project to convert cotton clothing into locally produced SAF and in February this year operated the first domestic flight to use locally sourced SAF.

The airline is an investor in US SAF producer Fulcrum BioEnergy and is planning to use SAF on flights departing North America and says it is conducting a feasibility study with domestic companies on manufacturing and selling SAF in Japan made from waste plastic.

The SAF used on the Tokyo-Sapporo flight totalled 3,132 litres, including the microalgae-derived fuel, representing a 9.1% blend with conventional fuel. JAL says this was the first time two different types of SAF had been used on the same flight.

IHI’s microalgae project started in 2017 and algal culture tests have taken place in Kagoshima and Thailand. The fuel produced was approved in May 2020 under new Annex 7 of ASTM D7566, the first time a Japanese corporation as an applicant has obtained the international standard. The company said it would continue to study the formation of a supply chain for producing and supplying fuel from the feedstock, and aims to commercialise the fuel “as soon as possible”.

ANA announced in April a net zero emissions goal for 2050, with an interim 2030 target of carbon emissions from aircraft operations being less than or equal to 2019. The increased use of SAF “will be at the core” of CO2 emission reduction measures, said the airline. In 2019, ANA signed a SAF offtake agreement with LanzaTech, which was expanded in 2020 that gives it the opportunity to participate in a fuel offtake across LanzaJet’s global portfolio and production (see article). Last November also saw ANA signing an agreement with SAF producer Neste that included a first delivery of Neste SAF sourced from renewable waste and residue raw materials, which was used on ANA flights from Tokyo (see article). 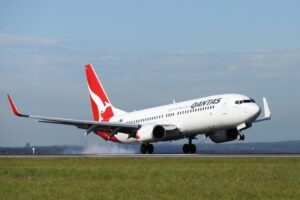 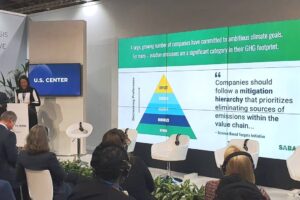 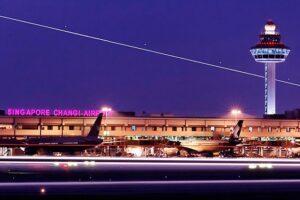 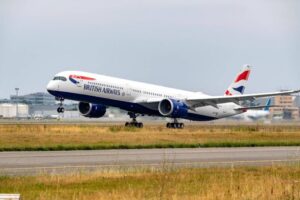 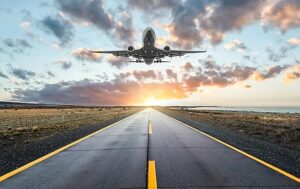