There should be no net expansion of UK airport capacity unless the sector is on track to sufficiently outperform its net emissions trajectory and can accommodate the additional demand, says the UK’s advisory Climate Change Committee (CCC). In a major report on recommended policies to achieve the UK’s overall net zero emissions by 2050 target, the CCC says demand management will be required to constrain UK aviation growth to 25% growth by 2050 from 2018 levels unless efficiency and sustainable aviation fuel take-up can be developed quicker than expected. The Committee recommends emissions from international aviation be included in UK carbon budgets and the net zero target by next year. The UK should also work with ICAO to set a long-term emissions goal consistent with the Paris Agreement, strengthen CORSIA and align the scheme to this goal in 2023.

The policies for aviation are set out in the Committee’s advice to government on the nation’s Sixth Carbon Budget – the legal limit for UK net GHG emissions over the 2033-37 period. This will necessitate a requirement for an overall 78% reduction in UK emissions by 2035 relative to 1990, equivalent to a 63% reduction from 2019, which it says would place the UK on a path to net zero by 2050 at the latest.

On aviation, the Committee’s report acknowledges the UK industry’s commitment through its Sustainable Aviation coalition to the net-zero goal for 2050 although this is not yet a policy goal for the government, which is due to consult in 2021 on its intended Aviation Decarbonisation Strategy.

“Higher-level strategic gaps include the lack of formal inclusion of international emissions in UK carbon budgets and the net zero target, and the need for a sector emissions trajectory to inform demand management and airport capacity policies,” points out the Committee. “Further research is also needed on non-CO2 effects and potential mitigation options.”

UK government policy has been not to include emissions from international flights in the carbon budgets pending developments with UN negotiations on ICAO’s CORSIA scheme but the Committee is strongly recommending a change. The Chairman of the CCC, Lord Deben, told journalists ahead of the publication of the report that the UN structure demanded international emissions from aviation and shipping be excluded from Nationally Determined Contributions under the Paris Agreement.

“What the Committee is saying very clearly is that the UK government must take up the cudgels in order to include the emissions from these two sectors. If you don’t include them, then you are falsifying the fact when it comes to net zero, so we need to make that change,” he said. “We’ve really got to get aviation and shipping into the system, and pretty quickly.”

Existing UK aviation policy has been focused on establishing the Jet Zero Council with an ambition for zero-emissions commercial flight, match-funding for aircraft technology development and traded certificate price support for sustainable aviation fuels (SAF) under the Renewable Transport Fuel Obligation (RTFO). Investments have also been made in a grant-funding competition for SAF production and the FlyZero aircraft technology initiative. There are also plans for a SAF clearing house to enable the UK to certify new fuels and a consultation on a SAF blending mandate for a potential start in 2025.

However, the RTFO inclusion is unlikely to drive significant development of renewable jet fuels and there is a lack of larger-scale deployment support and policy framework for these fuels, says the Committee. It advises the government to set out a policy package for supporting the near-term deployment of SAF facilities in the UK that may involve capital or loan guarantee support, and to transition to a more bespoke policy than the RTFO. A SAF blending mandate could ultimately provide more certainty to SAF plant investors than the RTFO, it believes. SAF facilities should have to install carbon capture and storage (CCS) or be built CCS-ready in order to maximise GHG savings, it adds, and SAF must meet strict sustainability standards.

The report says carbon pricing will be required to incentivise the transition to net zero although there are issues around equitable distribution of costs. Aviation fuel faces no taxes and international flights beyond EU borders are outside the scope of the EU ETS, so do not face a carbon price, it points out. The Committee noted that the recent citizens’ UK Climate Assembly favoured a frequent flyer levy to address fairness concerns.

The Committee proposes that in the long term, an economy-wide emissions trading scheme with a cap set to zero emissions would be a plausible way of balancing emissions and pricing carbon for sectors like aviation, so providing financial support for GHG emissions removals from, for example, woodland or peatland restoration, or engineered removals such as bioenergy with carbon capture and storage (BECCS).

Given expected developments in efficiency and SAF deployment, the Committee advises the government to implement a demand management policy to constrain UK aviation growth to 25% by 2050 from 2018 levels for the sector to contribute to the UK net zero goal. If efficiency and SAF develop quicker, it may be possible for demand growth to rise above 25%, provided that additional non-CO2 effects are acceptable or can be mitigated, it says.

“The government should assess its airport capacity strategy in the context of net zero and any lasting impacts on demand from Covid-19. Investments will need to be demonstrated to make economic sense in a net zero world and the transition towards it,” says the report.

“Unless faster than expected progress is made on aircraft technology and SAF deployment, such that the sector is outperforming its trajectory to net zero, current planned additional airport capacity would require capacity restrictions placed on other airports. Going forwards, there should be no net expansion of UK airport capacity unless the sector is assessed as being on track to sufficiently outperform a net emissions trajectory that is compatible with achieving net zero alongside the rest of the economy, and is able to accommodate the additional demand and still stay on track.”

Baroness Brown, Deputy Chair of the Committee, told journalists: “There is a limit on the aviation emissions we can afford so if it is crucial for our economy to have, say, more capacity in the airport system in London then that would mean reducing capacity elsewhere – it’s about no net increase in the capacity. We do assume there can be some growth in aviation and we’ve looked very carefully at the conclusions of the Climate Assembly and the assumptions we have made are closely aligned with it on issues like aviation.

“The aviation industry is hugely important to this country and we consider there will be some very important advances in technology and synthetic fuels, and we are keen that the government supports their development. As you go forward in time, the benefits from improving aircraft efficiency will also start to outweigh the costs of reducing aviation emissions. It’s not a gloomy story about aviation – there are opportunities but not for rampant growth in terms of flying, and certainly not in the short term until we have the solutions in place.”

On aviation’s non-CO2 effects, the report recommends work should be supported to reduce the scientific uncertainties and fund research into mitigation options. As a minimum goal, there should be no additional non-CO2 warming from aviation after 2050 and possibly earlier with a policy intervention.

“Alongside efforts at ICAO, the Aviation Decarbonisation Strategy and the package of domestic policies, plus parallel progress on a mechanism for deploying GHG removals in the UK, should put UK aviation emissions on track to contribute fully to meeting the Sixth Carbon Budget and the net zero target,” concludes the report.

Responding, Sustainable Aviation’s Programme Director, Andy Jefferson, commented: “We were the first national aviation group in the world to pledge to achieve net zero by 2050 in February of this year, and our members are fully committed to decarbonising aviation in line with global targets.

“We are currently assessing potential interim targets for 2030, and plan to announce this during 2021 once we have clarity on a range of dependent factors. This includes the trajectory of the post-pandemic recovery, the next phase of the EU Emissions Trading System and the global CORSIA scheme.

“We have a clear Road-Map for how to achieve net zero in aviation through SAF, new cleaner aircraft and modernisation of airspace. The right action from government now on SAF in particular will have a marked effect on our ability to set and achieve ambitious interim targets for decarbonisation.”

Cait Hewitt, Deputy Director of UK environmental group the Aviation Environment Federation, said: “The CCC’s advice is clear: the government needs to call time on airport expansion. Zero-carbon aviation is currently an aspiration, not a reality, and while it’s right to pursue new technologies for cutting emissions, we can’t rely on these coming through fast enough to decarbonise the sector without also reducing aviation demand.

“Our analysis shows that current and planned UK airport expansions could increase aviation CO2 emissions by nearly 9 Mt a year in 2050 compared to a situation with no expansion.

“The aviation sector has taken a huge hit from the Covid pandemic but jobs per passenger had already been falling for many years. The government now needs to sharpen its focus on how to build the zero-carbon industries – and jobs – of the future.” 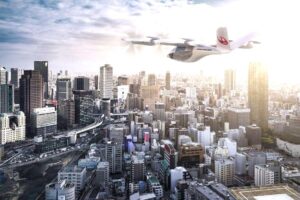 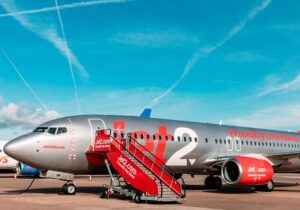 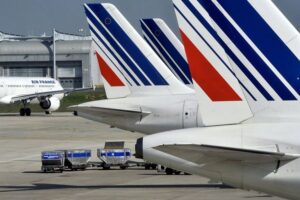 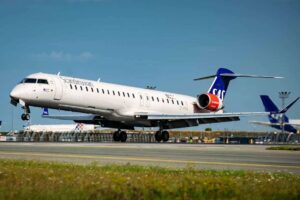