Although using CO2 from direct air capture (DAC) is important for e-fuels production in a net zero energy system, it is currently too expensive and could place a very high cost and technology risk burden on the e-fuels sector, concludes an E4Tech study commissioned by Transport & Environment (T&E) and presented in a webinar hosted by the Brussels-based NGO. The study recommends point source CO2 capture – capturing CO2 from industrial sources such as fossil or biomass power plants or cement production – be used in the near term for e-fuel production based on rigorous GHG assessment, while policies are put in place to support the commercialisation of DAC, reports Susan van Dyk. E-fuels are produced from CO2 and hydrogen, and the CO2 can be derived from direct air capture or industrial point sources. T&E estimates demand for e-kerosene (the subcategory of e-fuels suitable for aviation) for flights originating in Europe could grow to nearly 40 Mt in 2050 and completely replace fossil kerosene. It believes sourcing CO2 through DAC is “better than capturing it from industrial sources; a technique which, while cheaper, has the unintended effect of encouraging industries to continue to rely on fossil fuels.”

CO2 from industrial point sources can result in an overall reduction in emissions for the final e-fuel, but when derived through DAC it can potentially deliver carbon neutral e-fuels. Keith Whiriskey, Deputy Director at the Bellona Foundation, provided a perspective on CO2 accounting in DAC at the webinar, emphasising the climate benefits of e-fuels rely on both the source of CO2 and the source of hydrogen. From a carbon perspective, Whiriskey says DAC for e-fuel production is climate neutral. In contrast, CO2 from a point source for e-fuel production, where the CO2 originates from a fossil source, releases that CO2 back into the atmosphere when the e-fuel is combusted. While there is a reduction in CO2 emissions overall, only one of the parties can claim the reduction. From a carbon accounting perspective, the CO2 provider can claim an emission reduction based on carbon capture, but the e-fuel producer cannot simultaneously claim an emission reduction as this will amount to double counting. As Whiriskey explains, “one party can be low carbon – the other party must be full carbon.”

DAC compared to point source capture of CO2 is therefore not the only factor in determining the climate benefits of e-fuels. DAC can offer much greater climate benefits than point source CO2, and T&E therefore argues it should be considered the preferred source of CO2. However, compared with point source capture of CO2, DAC comes at a higher cost and has greater energy requirements. DAC is also at an early stage of development, explains Jo Howes, Principal Consultant at E4Tech, which was recently acquired by global sustainability advisory firm ERM. The study commissioned by T&E assessed whether, when and how DAC could be scaled up to meet the demands of an e-kerosene industry at the scale needed to decarbonise European aviation.

Howes believes that requiring DAC for e-fuels would place a very high cost and technology risk burden on the emerging e-fuels sector and recommends point source CO2 should be allowed in the near term but with rigorous project-level GHG assessment. The study identifies the conditions to enable commercialisation of DAC as additional supply-side policy support, such as funding for research, development and demonstration (RD&D) and project investment, along with future mandates for DAC use within fuels policy or as part of broader GHG removal policy.

There are no fundamental limits on scaling up of DAC for future e-fuel production, said Howes. Many companies are currently pursuing DAC commercialisation, and large-scale projects are being developed, with the first 1 Mt/year facilities expected by 2023/2024. The speed of roll-out will depend on the existence of viable markets for CO2 capture, which is not limited to e-fuels production and includes the use of CO2 in industry and carbon capture and storage.

To produce T&E’s estimated annual 40 Mt of European e-kerosene by 2050, it would require 365 Mt/year of CO2 to be captured, finds the study. Canada-based DAC pioneer Carbon Engineering, in partnership with 1PointFive, is expecting to begin construction on a first commercial-scale plant in the United States that will capture up to 1 Mt/year of CO2 that will be stored permanently underground. The company is also piloting its ‘Air to fuels’ technology that is producing around 1 barrel of fuel per day. Swiss DAC company Climeworks, which has 14 plants currently either commissioned or in operation across Europe, is constructing its geothermal-powered Orca direct air capture and CO2 underground storage plant in Iceland. It will capture 4,000 tonnes of CO2 per year, which the company says will make it the world’s biggest climate-positive facility to date. By 2024, Climeworks expects to increase production across its facilities to 40,000 tCO2/year and then to 400,000 tCO2/year globally by 2027.

Based on the conclusions from the report, T&E has made some key recommendations of its own to policymakers. For the upcoming ReFuelEU Aviation initiative about to be announced, T&E recommends that DAC CO2 be required from the start of e-kerosene production, with any project receiving public support requiring a minimum share of 30% DAC, increasing over time to 100%. T&E believes the ReFuelEU legislative proposal should include an e-kerosene sub-target of 1% by 2030. T&E further recommends continued support for DAC RD&D through European and member state funding programmes, such as Horizon Europe, including support for basic and applied research, as well as pilot and demonstration funding.

According to T&E, and in agreement with the E4Tech study, policy support is crucial to “truly tap DAC’s full potential as one of the leading contributors to tomorrow’s clean aviation.” Without such policies, T&E believes DAC companies cannot solve the scalability and cost aspects of the equation. What is absent from the T&E recommendations is direct support for point source capture as proposed by the E4Tech report.

While e-fuels produced using DAC CO2 can undoubtedly deliver significant climate benefits, the high cost of DAC e-fuels is arguably the biggest obstacle to its development. Aggressive policies to support DAC, as outlined by T&E, could support the scale-up of DAC technology and realise the necessary future cost reductions to deliver sustainable fuels for aviation at a competitive price. However, e-kerosene will still need to compete with SAF produced through other technology pathways. Aviation is also a global sector, and European airlines may be reluctant to support policies that will place them at a competitive disadvantage. Several SAF producers using other technologies, have also demonstrated they can produce carbon neutral fuels to deliver similar climate benefits to e-fuels from DAC (see article).

Photo: When operational, Climework’s Orca DAC facility in Iceland will capture 4,000 tonnes of CO2 per year 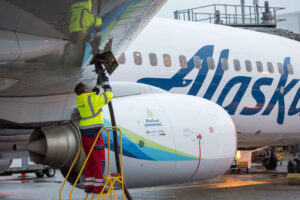 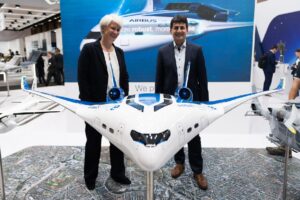 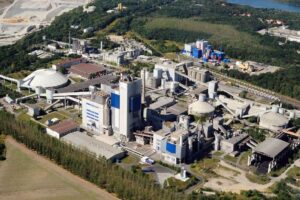 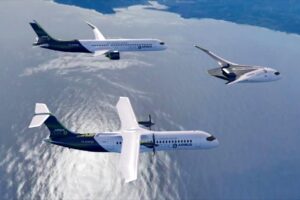