A substantial component of aviation’s climate impact is presently caused by non-CO2 effects, most notably contrail formation; if weather conditions are right, these can evolve into so-called contrail cirrus. A recent assessment of the drivers of climate change due to aviation estimated the present-day climate effect of contrail cirrus was 65-70% greater than that of CO2, albeit with a significantly greater uncertainty. Clearly, if that contribution could be mitigated, it would be highly desirable. One idea that is gaining attention is that flights could be diverted to avoid contrail formation regions – we refer to this as ‘navigational avoidance’. A recent Royal Aeronautical Society meeting characterised navigational avoidance as a “low hanging fruit”. Low hanging fruit may be superficially attractive, but only if that fruit is ripe. It is our contention that, in reality, many years’ research is needed to establish whether it is viable, write climate scientists Keith Shine and David Lee.  Rather than decreasing aviation’s climate impact, premature implementation of the strategy risks increasing it. Beyond this, we have no robust mechanism for confidently verifying its efficacy.

To understand the issues, we need to step back to some fundamentals, and distinguish between contrail types (see Figure 1). Initial contrail formation is relatively easy to predict, from knowledge of the temperature and humidity of the engine exhaust and the temperature and humidity of the surrounding air. As the engine exhaust mixes with the surrounding air a familiar, but peculiar, phenomenon can occur. When two unsaturated air masses mix together, they can form a saturated air mass, allowing a cloud to form; the physics is similar to what causes us to see our breath on a cold day. In the case of contrails, one difference is that soot particles in the exhaust provide the particles on which water vapour can condense.

Such so-called ‘condensation nuclei’ are abundant in the lower atmosphere but much less so at cruise altitudes, a fact important to our later discussion. Another difference is that the droplets almost instantaneously freeze, due to the cold temperatures. Just as the clouds from our breath dissipate quickly, so contrails often only last a few seconds. As the engine exhaust mixes with the surrounding air, it is diluted to such an extent that the cloud particles evaporate (or strictly sublimate from ice to vapour). These short-lived contrails are insignificant from a climate perspective.

Less commonly, but still quite frequently, the surrounding air at cruise altitude is ‘ice saturated’. This means it contains enough water vapour that, if there were sufficient quantities of the right kind of nuclei (‘ice nuclei’), a cloud would form. However, in the clean air at cruise altitudes there are often not enough such particles, and such regions are called ‘ice supersaturated regions’ (ISSR). If an aircraft flies through an ISSR, and conditions are right to form short-lived contrails, then the ice particles in contrails are ideal sites for the ‘excess’ water vapour in the air to condense on. Instead of sublimating, the contrail grows and persists. Line-shape or persistent contrails are a frequent sight over, for example, the UK. A useful definition is they are contrails that persist after the aircraft causing them is no longer visible and this occurs on a timescale of a few tens of minutes.

Persistent contrails can further spread out so that, to the naked eye at least, they appear little different to natural high-altitude cirrus clouds and can persist for many hours. We call these (together with the persistent contrails) ‘contrail cirrus’. It is these that contribute to aviation’s climate effect. A complication is that ISSRs are primed for natural cirrus formation and the formation of contrail cirrus acts to slightly reduce the amount of natural cirrus that would otherwise form. This is an area of active ongoing research but recent calculations indicate that this effect reduces the effective climate impact of contrail cirrus by more than half; this is taken into account in the recent estimates of aviation’s total climate impact.

Although navigational avoidance of ISSRs is superficially an attractive route to mitigate the climate impact of aviation, this is where several confounding factors come in. First is the complex way that contrail cirrus influence climate. There is strong evidence that their overall effect is to contribute to global warming, but this overall impact is the sum of two opposing processes, as shown in Figure 1. Contrails reflect incoming sunlight back to space which, on its own, would cause a cooling effect. The size of this cooling depends on the amount of sunlight available and so varies with time of day, time of year and location. Contrails also absorb infrared energy emitted by the surface and atmosphere; much as greenhouse gases such as CO2 do, this has a warming influence which, on average, dominates the cooling caused by reflection of sunlight. Whether an individual contrail warms or cools, though, depends not only on the sunlight available at the time of its formation, but that available over its lifetime.

Second, ISSRs are patchy both in the vertical and horizontal. Typical horizontal extents are a few 100 km and depths are typically a km and often much less (cf Schumann/Heymsfield paper). The general weather conditions that cause ISSRs are understood (crudely, they can arise when air is lifted rather slowly, so are often observed when a weather front moves in). However, this does not necessarily mean that the current generation of weather prediction models can predict ISSRs with sufficient accuracy to plan flight routes to avoid them with any confidence. A recent study that compared the best estimate of ISSR occurrence generated by weather forecasting systems with more precise measurements from research aircraft showed little skill. In any operational route planning system that implemented contrail avoidance, forecasts from these models would have to be used, and these forecast ISSRs would be even less reliable.

An alternative approach that has been suggested is sometimes called ‘tactical avoidance’ in which pilots react to contrail formation by, for example, changing their altitude. But on current understanding it would require guesswork to know whether the contrails being formed are short-lived or persistent or whether the new route is any less likely to lead to contrail formation.

And this is the big problem. Flight planners aspire to fly the minimum-fuel route, given the predicted wind conditions, as they are both faster and cheaper for airline operators. Of course, there are confounding factors that prevent this, for example the need to preserve safe distances between aircraft or the perversities in ATM charges, as highlighted in a recent GreenAir Commentary article. But anything other than the minimum-fuel route leads to increased CO2 emissions, including when a flight is diverted from a minimum-fuel route, ostensibly to avoid ISSRs. This immediately leads to questions about how much extra CO2 emission is justified to avoid the contrail, and there is no straightforward scientific answer. It depends on various choices such as the balance between near-term and longer-term climate change – this is because while contrails last only a few hours, a substantial part of the CO2 emitted persists for decades and centuries, and about 20% for millennia.

Ultimately these choices must be made by policymakers rather than scientists. Worse still, if deficiencies in the weather forecast mean that the new longer route also leads to contrail formation, or the original route would not, in the event, have led to contrail formation, more CO2 is emitted but possibly with no reduction in the contrail climate effect (see Figure 2 – with thanks to Dr Emma Klingaman for the original idea). These are bad outcomes.

We can only touch on the many governance issues. How would airlines gain credit for re-routing to avoid predicted contrails if we cannot be confident that the re-route has even reduced the overall climate impact of a flight? And would credit be given for causing what turned out to be a cooling contrail?

To be absolutely clear, we are not saying that navigational contrail avoidance is a lost cause. Ongoing and future research, including improvements in weather forecasting systems, may establish it as a viable strategy but we assess that it will be many years before this can be confidently established. What we are against is any suggestion that this is a strategy ripe for implementation now. Indeed, we consider that it would be a gamble, and a gamble where one is never sure of the outcome and has the potential to make matters worse.

One attraction of navigational avoidance is that it could mitigate aviation’s climate impact with the present-day fleet. We suggest that more positive near-term mitigation strategies with this fleet include minimising ATM inefficiencies and continuing to explore the potential of lower carbon footprint fuels such as biofuels and power-to-liquid e-fuels, manufactured from sustainable energy sources. These fuels have a low to zero aromatic content (single and double carbon ring structures, essentially an impurity in fossil-fuel iso-paraffin kerosene). These aromatic compounds are the building blocks for soot formation, on which the ice crystals nucleate. Recent in-flight measurements behind a test aircraft burning such low aromatic content fuels at cruise levels have shown reduced soot and ice crystal number concentrations. Initial modelling has shown that such an approach reduces the warming effect of contrail cirrus as a co-benefit of reducing aviation’s carbon footprint.

Keith Shine (k.p.shine@reading.ac.uk) is Regius Professor of Meteorology and Climate Science at the University of Reading, UK. He has worked on the impact of aviation on climate, and the impact of climate change on aviation, since 2006. Keith and colleagues in the Department of Meteorology have worked on several national and European projects in these areas.

David Lee (d.s.lee@mmu.ac.uk) is Professor of Atmospheric Science at Manchester Metropolitan University, UK, and specialises in the effects of aviation on climate. David has participated in WG1 and WGIII Assessment Reports of the Intergovernmental Panel on Climate Change (IPCC) since the IPCC’s 1999 Special Report, ‘Aviation and the Global Atmosphere’. He has also contributed to UNEP Emissions Gap Reports and is a technical advisor to the UK Department for Transport for aviation and climate-related issues, working within the International Civil Aviation Organization’s Committee on Aviation Environmental Protection (ICAO-CAEP), co-leading the Impacts and Science Group. David and his team at Manchester Met have participated in many European projects relating to aviation and climate. 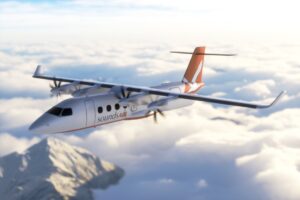 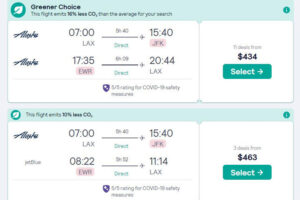 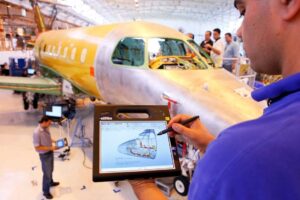 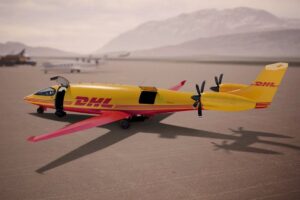