Representing nearly 2,000 airports worldwide, trade association ACI World has adopted a resolution at its annual assembly that recognises climate change requires global collaboration and action, and adaptation and resilience should be key issues included in airport recovery plans despite the Covid pandemic. Opportunities should be identified to ‘build back better’ by keeping sustainability and resilience at the core of recovery strategies, says the resolution. A survey conducted by ACI in 2019 found almost 70% of airport operators who responded reported they had already been impacted by adverse weather patterns and conditions. Meanwhile, at ACI Europe’s annual congress, two further levels were unveiled of the industry’s Airport Carbon Accreditation programme that require airports to align their carbon management strategies and plans with the ambition of the Paris Agreement.

“Sustainability is one of the key pillars of our industry and climate change continues to pose the highest long-term risk that the world faces,” said ACI World’s Director General, Luis Felipe de Oliveira, commenting on the adoption of the resolution. “While airports contribute only a small fraction to the total level of industry emissions, we are focused on a carbon neutral goal for 2050, with some regions achieving the milestone earlier than that.”

ACI is urging governments to support the recovery of airports by providing policies, investment and incentives to decarbonise the sector and make it more resilient. It advises members to consider multiple solutions for decarbonisation, to gradually transition towards net-zero carbon in the long term and to continue to conduct risk assessments as an integral part of their master planning.

“We also encourage members to support the protection of biodiversity, which can also help in preventing the emergence of zoonotic diseases contributing to future pandemics,” said de Oliveira.

“Our airport economic model has been dependent upon and driven by the assurance of continued dynamic growth in air traffic,” he said. “But we can no longer assume that will be the case in the post-Covid-19 environment. Our industry needs to look to robust future-proofing with new ways of trading and operating.

“Crucially, the combination of powerful structural determinants including the Climate Emergency, continued push-back against globalisation, geopolitical instability and increased regulatory risks will result in lower long-term growth in air traffic.”

However, said Jankovec, the drive to ‘build back better’ had only served to increase the European airport industry’s determination to take a lead in crafting a sustainable future, as evidenced by its existing commitment made last year to reach net-zero carbon emissions by 2050. He announced the publication of a revised ‘Sustainability Strategy for Airports’, first published last year, which provides guidance to airports on how to step up sustainability efforts in the post-Covid era.

ACI Europe first launched the Airport Carbon Accreditation programme at its annual congress in 2009 and is now established in all of ACI’s global regions. It independently assesses and recognises airports’ efforts to manage and reduce their CO2 emissions through four levels, with the first level requiring measurement of an airport’s carbon footprint. The highest level, Level 3+, requires airports to reach carbon neutrality through a combination of carbon reduction efforts and offsetting.

For the first time since its inception, the programme now adds two new levels: Level 4 Transformation and Level 4+ Transition. ACI says this marks a shift in the ambition of the programme to align with the objectives of the Paris Agreement and airports seeking attainment at the higher levels will have to define their reduction targets and associated emissions pathways according to IPCC scenarios.

The levels require extending the carbon footprint so that additional sources have to be included, notably covering all significant operational emissions from third parties, including airlines. Requirements related to stakeholder engagement are also tightened, with effective partnerships oriented towards delivering emission reductions coming to the fore.

“The programme has always set the bar high in terms of our industry’s leadership and commitment to striving towards measurable change. We do not shy away from the role aviation plays in the climate emergency,” said Jankovec, who revealed that 29 airports had joined the programme this year since the start of the pandemic and a further 22 airports had achieved new levels of accreditation.

“The introduction of these two further levels sets the bar yet higher. They bring the programme into line with the latest scientific and policy developments of recent years, and quite rightly reflect enhanced public expectations of the societal and environmental role we play. And already, airports are showing themselves able to step up.”

The introduction of the new levels to align with global climate goals was praised by Patricia Espinosa, UNFCCC Executive Secretary. “This is encouraging. I commend airports for this leadership – a signal that can set an example for others to follow with ambitious climate action.

“To achieve the deep transformation needed for sustainable development and stabilisation of global temperatures, we must require commitments and participation from all sectors and levels of society. Airports have been severely hit by the Covid-19 crisis and yet they are continuing their efforts to map and reduce their CO2 emissions year by year, as well as to engage their business partners in this endeavour.”

Details of the programme and the six levels of certification are contained in a new publication ‘Airports Responding to Climate Change’. 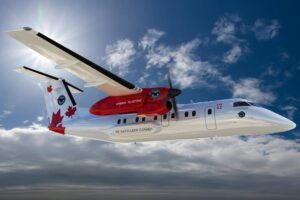 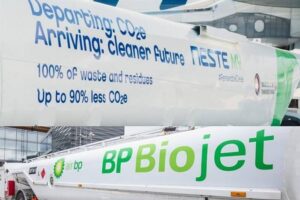 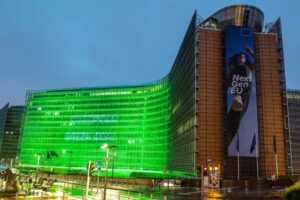 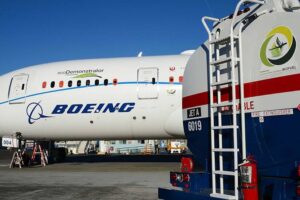 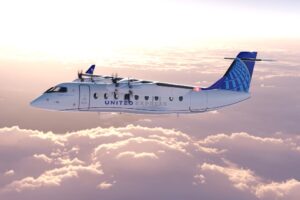