In March 2020, Delta Air Lines announced it was committing $1 billion over 10 years towards a goal of becoming the first major carbon-neutral airline. A year on, the US airline has expanded its vision of ‘zero-impact aviation’ in which air travel does not damage the environment directly or indirectly via GHG emissions, noise, waste generation or other environmental impacts. Delta has offset its growth in carbon emissions since 2012 and says it is budgeting to spend more than $30 million on a portfolio of verified offsets to mitigate 13 million tonnes of its emissions between March and December 2020. It is also addressing emission reductions through fleet and operational efficiencies and last year retired more than 200 older aircraft. Longer term, Delta indicates it will invest in the acceleration of new technologies including sustainable aviation fuels (SAF), carbon capture and storage, and innovations in aircraft propulsion. It has also just signed an agreement with Deloitte to support the firm’s commitment to more sustainable business travel through the purchase of SAF. The world’s largest cargo airline, FedEx, is now planning to achieve carbon-neutral operations globally by 2040 and said it would help fund research into natural carbon sequestration solutions.

“Connecting the world and protecting our environment for future generations cannot be mutually exclusive,” said Delta CEO Ed Bastian. “Travellers should not have to choose between seeing the world and saving the world. We must continue to take immediate actions today and can’t wait for future solutions to become a reality. While there are many paths to carbon neutrality, Delta chose to make an impact today and invest in a future where aviation itself becomes cleaner for the world around us.”

It reports the new aircraft entering the fleet contributed to fuel efficiency per available seat mile increasing by nearly 6% in 2020 over the previous year, amid the impact of Covid-19 and reduced passenger loads, saving 117 million gallons of fuel. The airline sees long-term potential for further emission reductions in future aircraft technology innovations such as propulsion, post-combustion emission controls, electric power delivery and fuel cells. These are still in the early stages of developments, says Delta, and are not expected to enter service “anytime soon” but reported it was evaluating partnerships to accelerate and support their advancement.

To achieve further carbon reduction advances in steps towards Delta’s ‘zero-impact’ goal for aviation, the airline says SAF shows great promise and has a medium-term target to replace 10% of its fossil jet fuel replace with a sustainable alternative by 2030.

It has agreements in place with Gevo to purchase 10 million gallons of SAF beginning in 2024 and 60 million gallons from Northwest Advanced Bio-Fuels starting in 2025. Combined, this represents a projected 1.7% of Delta’s total annual fuel consumption, adjusted for 2019 flying levels.

Just now though, says Delta, SAF is not available on a large enough scale and the market is so underdeveloped that all the SAF produced in 2020 would only power Delta’s fleet for one day pre-Covid.

In the near-term, Delta will rely on verified carbon offsets to achieve carbon neutrality. “As Delta invests in future technologies, carbon offsets are a viable, proven and immediate way to make an impact today,” said Sue Kolloru, VP Strategic Corporate Initiatives. “Our offset projects are making a measurable and meaningful difference by protecting forests, conserving wildlife and helping communities develop around the world.”

The 13 million tonnes of CO2 emissions Delta expects to offset from 2020 is equal to the carbon sequestered by 17 million acres (6.9 million ha) of US forests in one year, claims the airline. Two projects in Delta’s offset portfolio are Rimba Raya and Keo Seima, which protect forests through a community-driven conservation model involving local communities in Indonesia and Cambodia. The goal is for the portfolio to cover a range of projects covering carbon avoidance (deforestation), carbon reduction (wind and solar) and carbon removal (nature-based solutions such as afforestation and reforestation).

In the future, foresees Jerry Griffin, General Manager, Sustainability Strategy, carbon offset markets might include new carbon sequestration technologies like direct air capture where machines draw CO2 out of the air and store it in deep geological formations or use it to create products. “As part of our path to carbon removal, we will invest in these types of breakthrough projects to accelerate development, which is currently limited and very expensive,” he said.

The second focus of Delta’s environmental sustainability plan involves engagement with investors, customers and employees. Delta points to its recent agreements with corporate customers Nike and Deloitte to purchase SAF facilitated by the airline in support of the two company’s commitment to sustainable business travel. The SAF will be supplied to Delta by Finnish renewable jet fuel producer Neste. The agreement with Deloitte represents a lifecycle CO2 emissions reduction of around 1,000 tonnes.

“Collaborations like this further support SAF development and represent the growing demand for innovations in clean fuel technologies,” commented Delta.

Deloitte has also just signed a similar SAF agreement with American Airlines, again to be supplied by Neste (see article).

The final thread of the Delta plan is to build coalitions with suppliers and other industry participants to drive down costs and increase the take-up of new technologies such as alternative fuels and carbon capture technology.

“This is not a competition,” said Bastian. “Uniting across industries to create a more sustainable future is imperative. The more that join us on this mission, the better.”

The airline expects to announce “multiple” partnerships within the next few months. It has already become a member of MIT’s Industry Liaison Program in order to understand and quantify aviation’s environmental impacts and inform a long-term plan to support industry innovation.

“Delta’s thoughtful approach to understanding the research ecosystem will help support research and development for the industry,” said Steven Barrett, Head of MIT’s Laboratory for Aviation and the Environment. “Developing coalitions to bring together leaders across industries is crucial in advancing a zero-impact future.”

FedEx, meanwhile, has pledged $2 billion in initial investment towards its new goal of carbon-neutral operations by 2040. The funding will major on three areas: vehicle electrification, sustainable energy and carbon sequestration. It includes a $100 million gift to Yale University to help establish the Yale Center for Natural Carbon Capture, with an initial focus on helping to offset GHG emissions equivalent to current airline emissions.

The Center’s researchers will develop methods that build on natural carbon storage systems, including biological ecosystems and the geological carbon cycle, with the aim of creating a portfolio of carbon removal strategies that can have an impact on a global scale. Following its aviation work, the Center will broaden its scope to address additional global sources of emissions and pledges to share its findings so that businesses, industries and governments can benefit from work that will accelerate the adoption and implementation of natural carbon capture strategies around the world.

FedEx said it would continue to invest in alternative fuels to reduce aircraft and vehicle emissions. In 2015, FedEx agreed to purchase 3 million gallons of SAF from Red Rock Biofuels’ new biorefinery in Lakeview, Oregon, that was originally planned to open in 2017 but is now scheduled for completion this year. FedEx’s fuel conservation programme Fuel Sense and its aircraft modernisation programme have saved a combined 1.43 billion gallons of jet fuel and avoided over 13.5 million tonnes of CO2 emissions since 2012. “We have a responsibility to take bold action in addressing climate challenges,” said FedEx CEO Fred Smith, commenting on the new carbon-neutral pledge. “This goal builds on our longstanding commitment to sustainability throughout our operations, while at the same time investing in long-term transformational solutions for FedEx and our entire industry.” 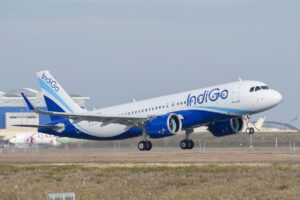 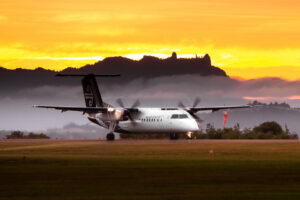 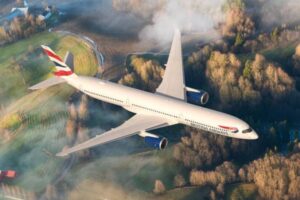