In 2009, the International Air Transport Association (IATA) committed to capping aviation emissions at 2020 levels and to reducing them 50% from 2005 levels by 2050. Fast forward more than a decade and a lot has changed. The amount of attention paid to the environmental impact of flying has increased and the Covid-19 pandemic decimated demand. The previous Director General of IATA, Alexandre de Juniac, stated last month the organisation is considering a revision of its previous goals, and that it will be up to the new head, former International Airlines Group CEO Willie Walsh, to determine the next steps, writes Brandon Graver.

The obvious first item to address is the goal of capping aviation emissions at 2020 levels. The trade group asked the International Civil Aviation Organization (ICAO) to change the baseline for its Carbon Offsetting and Reduction Scheme for International Aviation (CORSIA) from an average of 2019 and 2020 emissions to only 2019 emissions. This is because the sharp decline in air travel in 2020 due to the pandemic led to a sharp decline in emissions, which would significantly lower the overall baseline. The ICAO Council agreed, and international emissions above the 2019 level will need to be offset in future years. As IATA is forecasting that commercial aviation emissions in 2021 will be higher than 2020, I expect IATA will change its goal to capping emissions at 2019 levels.

That leaves the long-term goal of reducing net emissions by 50% compared to 2005 levels by 2050. The amount of CO2 emitted from commercial aviation in 2005 was 650 million tonnes (Mt), so 2050 emissions will have to be 325 Mt or less. The plan for most airlines is to reduce emissions as much as possible using aircraft technology, alternative fuels and operational improvements, and then use carbon offsets to cover the remainder. A number of airlines have now announced their own, more stringent climate goals. The roadmap is the same in many cases, but instead of using carbon offsets to cover shortfalls from reaching a 50% reduction in emissions, some airlines will use them to achieve a 100% reduction, or net-zero. It should be noted, however, Scott Kirby, CEO of United Airlines, has made it abundantly clear that for them, carbon offsets don’t work, calling them “a fig leaf for a CEO.”

Figure 1 depicts the share of 2019 commercial aviation emissions (914 Mt) from airlines that have made net-zero commitments. In theory, once enough airlines set a net-zero goal and their total 2019 emissions exceed 65% (reduced from 914 Mt to 325 Mt), IATA’s ‘net 50 by 50’ goal is moot. This is depicted by the red dashed line.

Last month, the trade group for the 10 largest US airlines, Airlines for America, announced that all of its members committed to net-zero emissions by 2050. Earlier in the year, a group of industry stakeholders, including Airlines for Europe and the European Regions Airline Association, released Destination 2050, a roadmap for the decarbonisation of European aviation. The emissions associated with airlines in the United States and Europe are illustrated by the red and yellow blocks of Figure 1.

Net-zero committed airlines in other geographic regions, including those in the oneworld airline alliance, are depicted by the blue block. The assumption is that CO2 emissions from airlines that have since ceased operations will not return, especially if industry caps emissions at 2019 levels. As of March 31, 2021, 50% of commercial aviation emissions from 2019 are apportioned to airlines that have set goals of net-zero emission by 2050.

While numerous airlines have set net-zero by 2050 targets, and there will inevitably be more, IATA does not believe the industry as a whole will be able to make the same commitment. Instead, the head of environment at IATA stated that 2060 is a more reasonable deadline. Figure 2 depicts emissions from commercial aviation (solid blue line) and where IATA’s goals lie (assuming the 2020 cap on emissions is now a 2019 cap on emissions).

There are some clear pathways to achieve the 65% threshold. If both SkyTeam and Star Alliance members make net-zero commitments, then more than 70% of CO2 emissions from commercial aviation in 2019 are accounted for. Alternately, if airlines operating in all countries that have made national net-zero targets also set net-zero goals, that would also be enough to push the industry over the threshold.

So, what does this all mean for the new IATA Director General? Clearly, now is the time to announce ambitious climate goals for the association’s members, and there are many upcoming forums to do so. My suggestion is to make a net-zero commitment at the COP26 meeting in Glasgow this November and adopt the net 50% reduction as a mid-term target. In addition, the association should push ICAO to secure a net-zero goal from international aviation by 2050 at the 41st General Assembly in September 2022. By establishing bold targets for reducing aviation emissions and ensuring other airlines do their part, Mr Walsh can make a big impact in his new position.

Top photo: oneworld member airlines have already committed to a net-zero by 2050 goal

Brandon is a Senior Aviation Researcher at the International Council on Clean Transportation (ICCT). His reserach identifies, refines and promotes policies to reduce the environmental impacts of commercial aviation. He can be reached at b.graver@theicct.org.
This article was first published as a blog post on the ICCT website.

1 thought on “COMMENTARY: Glass half full – an invitation for IATA to update aviation’s climate goals” 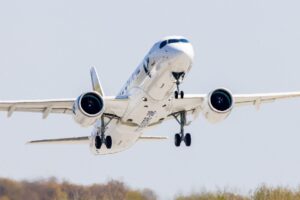 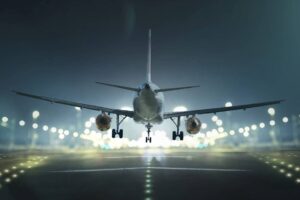 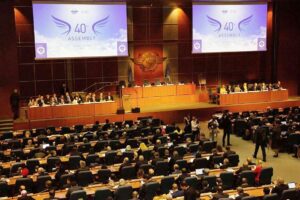 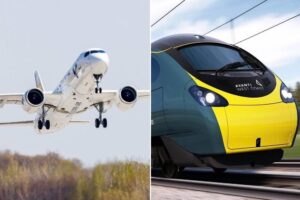 COMMENTARY: We need a more sophisticated discussion on the rail versus domestic flights climate issue 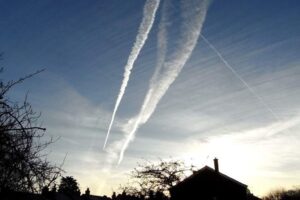