The aviation sector’s efforts to mitigate anthropogenic climate change have predominantly focused on CO2 emissions. However, the non-CO2 effects created by aircraft flying at cruise altitude have been found to be larger than the impact from CO2 alone, and estimated at two thirds of the net radiative forcing from aviation, but this has been largely unaddressed by the airline industry and policymakers. This is mainly due to uncertainties over the scientific understanding through a lack of reliable data and how best to overcome the effects through aircraft operations, as well the inability to agree on what policy measures should be introduced to deal with the issue. Susan van Dyk reports on a recent conference hosted by the Royal Aeronautical Society’s Greener by Design Specialist Group, in collaboration with German aviation research organisation DLR, which presented the latest scientific studies on non-CO2 impacts and potential strategies and policies for mitigation.

Non-CO2 climate effects come from NOx emissions, soot from fuel combustion, water vapour and formation of persistent contrails (contrail cirrus) which contribute to increased cloudiness. Unlike CO2 impacts, non-CO2 effects depend on the location and time of emissions and this plays a role in selecting suitable mitigation steps. The climate impact of aviation from non-CO2 effects can be mitigated through various measures, including new engine technologies to reduce emissions, use of sustainable aviation fuel and air traffic management (ATM) strategies.

Contrail cirrus formation has the largest positive net (warming) effective radiative forcing (ERF) effect, followed by CO2 and NOx emissions. Contrail cirrus alone contributes >50% of the net ERF impact and is therefore an important target for mitigation of non-CO2 effects. Contrails are formed by aircraft through condensation of the water vapour from fuel combustion. While most contrails disappear relatively quickly, persistent contrails form cirrus clouds under certain temperature and humidity conditions. The cirrus clouds have some cooling effect by reflecting the sunlight, but also has a warming effect by trapping heat radiating from the earth’s surface.

Mitigation through flight diversion aims at avoidance of ice supersaturated regions (ISSR) where contrail cirrus formation has the greatest impact. The net warming effect of contrail cirrus is also greatest between 3pm until 6am and flight diversion is focused on this time period. Contrail avoidance through diversion of flights and ATM measures could represent a fast way (hours or days) to reduce the impact of aviation on the earth radiation budget.

Flight diversion and contrail avoidance is the current focus of live trials in the Maastricht Upper Area Control (MUAC). Dr Rudiger Ehrmanntraut, Senior Project Manager at Eurocontrol, explained that vertical diversion, 2000 ft above the ISSR or 2000 ft below the ISSR during the time period of 4pm to 6am, is the main approach during this project to avoid persistent contrail formation. A crucial prerequisite, he said, is the accurate prediction of ISSRs and potential areas of persistent contrail formation using meteorological data.

However, flight diversion increases fuel consumption and CO2 emissions. Professor Ian Poll from Cranfield University quantified this fuel penalty for avoiding ISSRs and concluded the overall extra fuel burn was insignificant. If an aircraft is diverted 2000 ft above the ISSR, there is a 1.5% increase in fuel, and 1.4% when diverted 2000 ft below. However, this fuel penalty is only for the duration of the diversion, not the whole flight. A reduction in altitude results in a reduction in NOx emissions as an added benefit.

A significant contributor to formation of persistent contrails is the creation of soot as a result of fuel combustion. Studies at DLR by Professor Christiane Voigt’s research group show that 80% of soot particles form ice particles, which leads to persistent contrails. Lower soot formation will impact contrails and contrail cirrus formation and reduce some of the climate impacts of non-CO2 emissions. Reduction of soot particles causes a non-linear decrease in radiative forcing and it has been demonstrated that a 50-70% reduction in ice particles leads to 20-40% reduction in contrail radiative forcing. According to Voigt’s research, the main cause of soot formation is the aromatics in jet fuel, so reducing soot emissions can be achieved by decreasing the aromatic content. She said an effective way of reducing the aromatic content is through the use of sustainable aviation fuel (SAF). Currently available SAF, based on hydrotreatment of fats, oils and greases (called HEFA), is almost entirely composed of paraffins and cycloparaffins with virtually zero aromatics.

ASTM jet fuel specifications require aromatics at a minimum of 8.5% by volume and a maximum of 25%. A minimum aromatic content is considered essential to maintain seal integrity in the engine and aircraft and prevent seals from leaking. Current certification under ASTM D7566 only permits a 50% blend of HEFA with conventional fossil jet fuel and the blend must contain at least 8.5% aromatic content by volume. An earlier study, published in Nature in 2017, was carried out with a 50% blend of HEFA and demonstrated a reduction in the particle number and mass emissions immediately behind the aircraft by 50-70%. It concluded the effect was mainly due to reduced aromatics content and reduced soot particle formation.

Recent research as part of the ECLIF3/ND-MAX campaign, a collaboration between DLR and NASA, has also confirmed a strong reduction in soot emission indices by using low aromatic fuels. According to Voigt, her research has shown naphthalenes are more efficient soot precursors compared to monocyclic aromatics and decreased naphthalene content decreased the soot formation. She emphasised that stronger reductions in aromatics in jet fuels are needed to reduce persistent contrails and this will require changes in certification standards to permit fuel with lower than 8.5% aromatics. In addition, certification should also permit the use of 100% alternative jet fuels rather than the current maximum of 50%.

Rolls-Royce and Airbus recently announced what they say is the world’s first in-flight emissions study using 100% sustainable aviation fuel (see article). The ongoing Emission and Climate Impact of Alternative Fuels (ECLIF) project studies the impact of 100% SAF on aircraft emissions and performance. Paul Madden, Energy Emissions Expert from Rolls-Royce, told the conference there had been no operability issues or seal leakage problems as a result of using 100% SAF in the aero engine manufacturer’s engines, although he conceded this may not be the case in older engines.

Madden also explained some of the modified engine operations that Rolls-Royce is implementing, such as the lean burn engine, which can improve NOx emissions and soot formation. NOx emissions are not reduced through the use of SAF, and cleaner burning engines will be the main approach for mitigation.

The report divided policy options into three categories: financial/market-related, fuel and ATM. Financial measures suggested include a monetary charge levied on aircraft NOx emissions on one side and/or the inclusion of such emissions under the EU ETS on the other. Potential fuel-related measures could encompass the reduction of aromatics within fuel – leading to cleaner fuel burn and reduced nvPM emissions – and the mandatory use SAF. Both measures would target soot emissions and associated formation of contrail cirrus clouds.

Proposed measures in the ATM category are avoidance of ice-supersaturated areas and a climate charge. Flight diversions to avoid ice supersaturated areas would reduce the formation of contrail-cirrus clouds, while a climate charge would address all non-CO2 effects (NOx, water vapour, soot, sulphates, contrails). Several research issues would have to be addressed before these measures could be implemented, said Arrowsmith. Fuel-related measures could potentially be implemented in the short term (2-5 years), while other measures will likely take longer to implement (5-8 years) due to outstanding research questions, he believes.

The conference succeeded in highlighting the important, but somewhat overlooked, climate impact of non-CO2 effects from aviation. It demonstrated this impact can be significantly mitigated through modified air traffic management and use of sustainable aviation fuels with low aromatic content.

Photo: NASA’s ‘airborne laboratory’ flies close behind the DLR A320 Advanced Technology Research Aircraft (ATRA), flying through the Airbus’ exhaust plume. On board, scientists measure the composition of the exhaust stream and analyse the effects of biofuels like HEFA on the formation of soot particles and ice crystals (credit: DLR/NASA/Friz)

A Research Associate at the University of British Columbia in Canada, Susan is a scientist and independent researcher specialising in biofuels and renewable energy, with a particular focus on sustainable aviation fuels. She has published numerous peer-reviewed papers and been the author of multiple reports on drop-in biofuels and SAF. She has worked on a number of Canadian biojet initiatives. Susan can be contacted through her website https://www.svdconsulting.ca/ 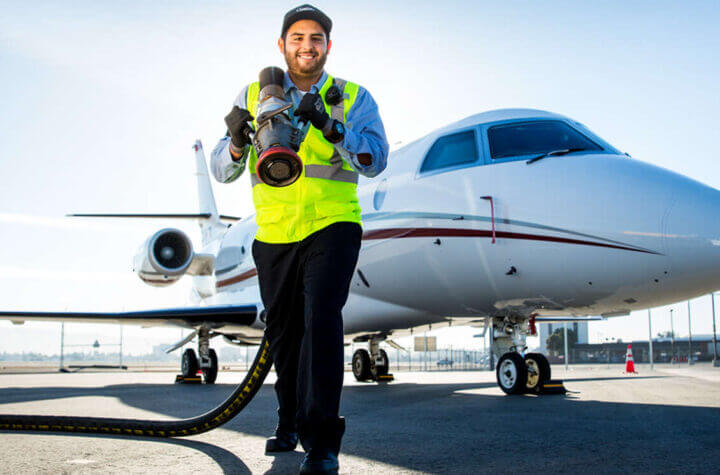 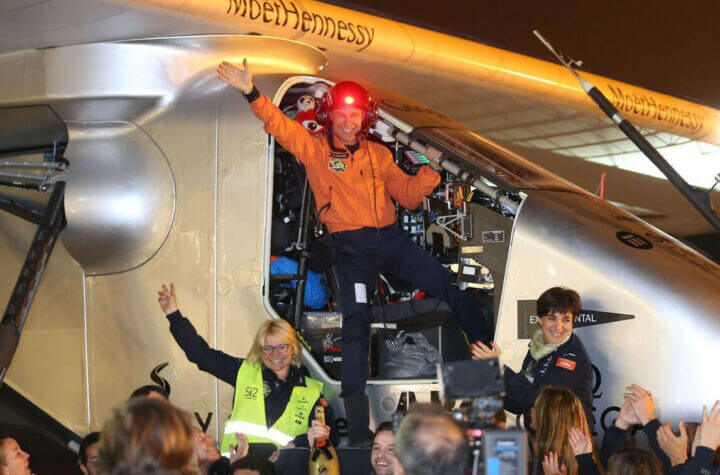 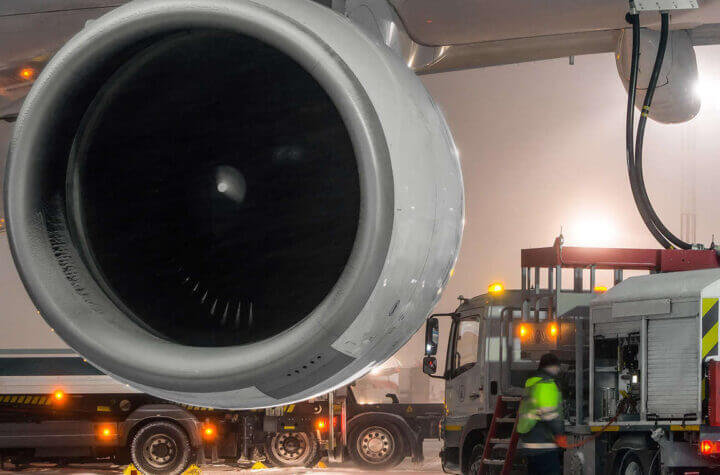 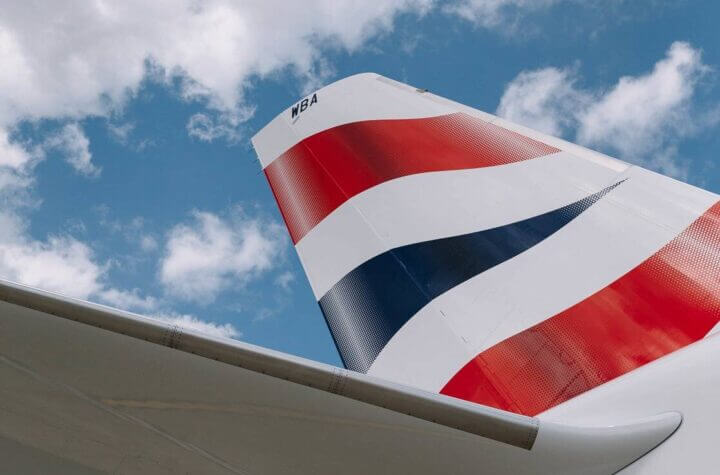 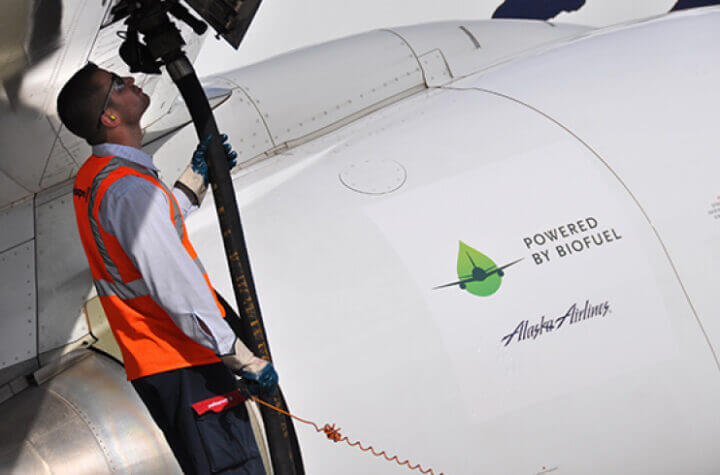 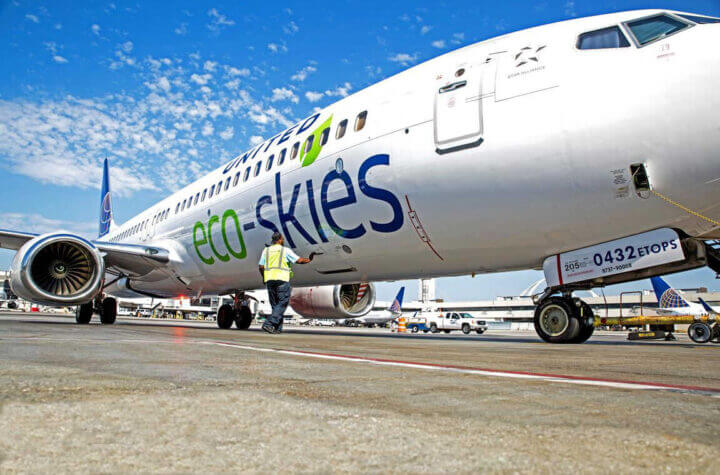